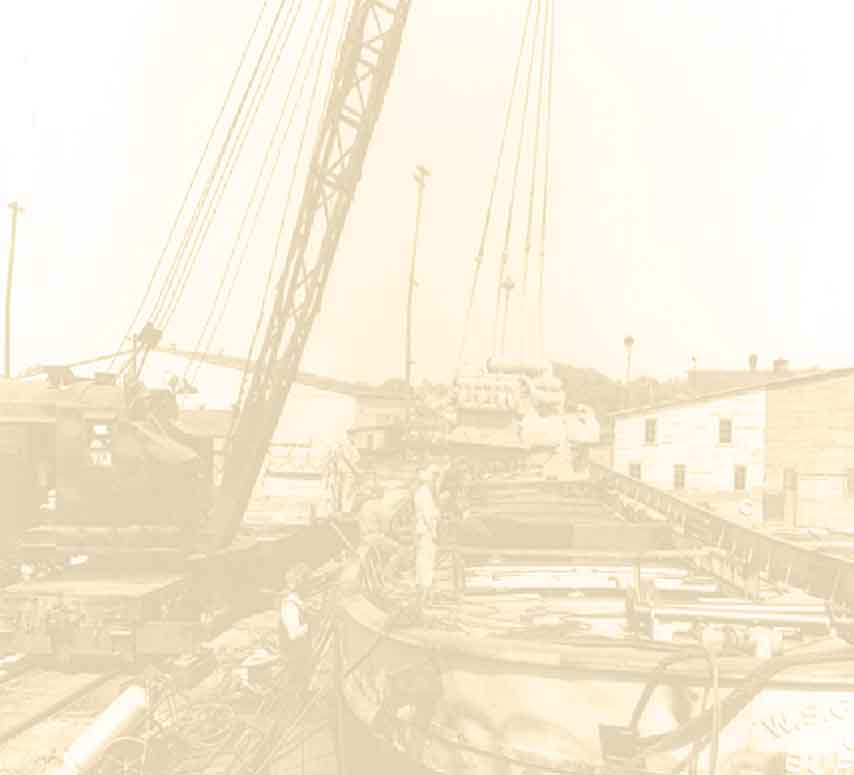 The original steam engines from 1900, and the boilers that had been installed after the 1928 fire and explosion, were all removed. Four Caterpillar D-397 diesel V-type 12 cylinder engines were installed in their place.

The original double-acting steam pumps were also removed. Four DeLaval centrifugal pumps (each rated at 3750 gpm at 160 psi) now stand in their place.

The single shaft was removed and new twin screws were installed.

On the exterior, the Grattan's twin stacks were replaced with lower "dummy" funnels for the new engines exhaust.

The turret tower was removed. It's monitor now sits atop a hydraulically-elevated tower with a sliding ladder. A fifth monitor was added aft on the fantail.

The W. S. Grattan was returned to Buffalo on December 2, 1953 when it was decided that the newly rebuilt fireboat should also have a new name. It was renamed the Firefighter for a brief period of time. In 1954, it was once again renamed - the Edward M. Cotter, in honor of a president of the Firefighters Local 282 who had recently passed away.