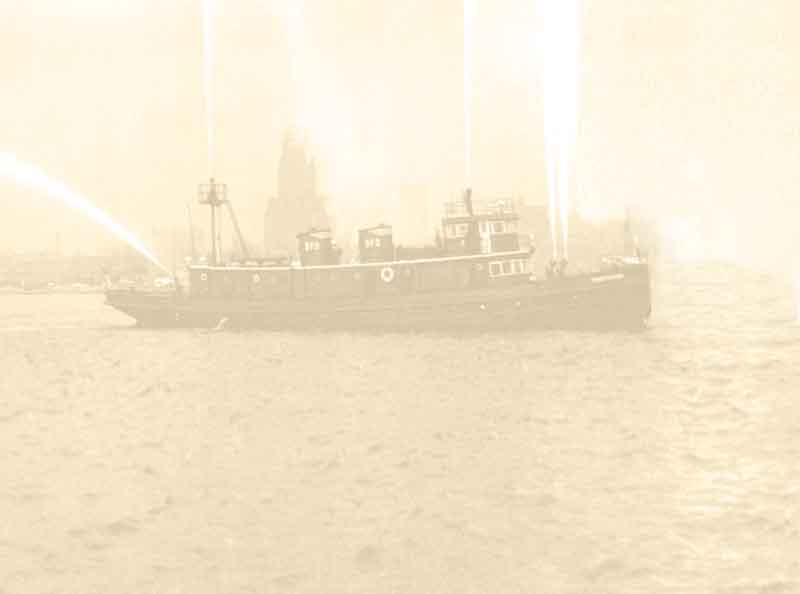 In 1951, the National Board of Fire Underwriters' engineers found the Grattan's 23-year-old boilers were no longer capable of maintaining sufficient steam pressure. Only one pump could be operated at a time, reducing the fireboat to only 40% of the required rated water capacity.

Expensive boiler repairs were needed and water superheaters would have to be installed to maintain the necessary steam pressure for both fire pumps and to provide sufficient power for icebreaking. Much of the older piping would also have to be removed.

After considering all the necessary repairs, combined with the high-operating costs of the oil-burning boilers, it was determined that rebuilding the interior and converting to diesel engine operation with modern centrifugal pumps would be less costly. Double propellers could also be added to improve the boat's maneuverability.

In 1952, the Grattan was dry docked to determine if the hull was suitable for rebuilding. Three Naval architects drilled the plating and inspected the hull. Constructed of Swedish iron, the 50-year-old hull amazingly showed no damage due to its constant use in fresh water.

Chicago's A. M. Deering & Son, Naval Architects were hired to draw the plans and specifications for the rebuilding. Open bids were received from eight shipyards. The Sturgeon Bay Shipbuilding & Dry Dock Company of Sturgeon Bay, Wisconsin was chosen to carry out the conversion.